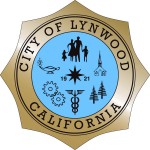 The former Lynwood Redevelopment Agency had $10 million in outstanding tax allocation bonds (TABs) which were paying higher interest rates than prevailing market rates at the time. The City of Lynwood, acting as Successor Agency to its former Redevelopment Agency, saw an opportunity to refinance this obligation in order to reduce their annual payments.

The County of Los Angeles offered to buy the City’s TABs as part of a pooled TAB Refunding Program. The challenge lay in determining the best way for the City to refinance this debt: whether to enter the capital markets on its own or to participate in the County pool. The City sought Kosmont Realty Corporation’s (KRC) help to determine the best way to navigate and handle that process with a dramatically reduced staff due to the elimination of it Redevelopment Agency.

KRC acted as Financial Advisor to the City and helped determine the costs and benefits to participating in the County pool. As a result, the decision was reached to participate in the pool. The benefits included the ability to reach a broader market, a potentially better credit rating if pooled with other similar issues; and benefits from the economies of scale associated with being a part of the County’s approximate $80 million pool instead of the City’s $10 million stand-alone bond issue.

KRC was integrally involved in the entire process, guiding the City through each step. The larger pool size meant more steps in the process, more required documentation, and generally more “bureaucracy” than a stand-alone financing. KRC regularly interfaced with bond lawyers, investment bankers and County officials on the City’s behalf in order to provide a seamless financial transaction for the City. KRC provided the City with a seamless financial transaction and enabled the City to successfully close the TAB Refunding issue on favorable terms.